Hypnosis has been around since ancient Egytpian times and maybe even earlier.  There is evidence that suggests the Egyptians had “sleep temples” where citizens could go to meditate and enter trance states to resolve problems.  Hieroglyphics found in tombs depicted figure waving hands over others suggesting a form of hypnotic induction.

There is no doubt that hypnosis is a real and natural state of mind but many people only encounter it as stage hypnosis with clucking chickens and people looking foolish for amusement purposes.  The subjects on stage are in a hypnotic trance but the stage managed belief that they are “under control” of the hypnotist is complete fake.  Most subjects that end up on stage are naturally extrovert and are usually intent on taking part in the show and are also in the small percentage of people who can enter a deep state quickly.  The stage use for entertainment is one aspect that causes doubt in the public mind about the control aspect, thankfully however in recent years the media have been exploring how clinical hypnotherapy can be used to help with many conditions including surgical use where patients may not be able to have anaesthesia or do not want to use conventional anaesthesia for their operation.

As early as the 1830’s “hypo surgery” was being used for medicinal purposes prior to the discovery of Chloroform.  Dr James Esdaile a British surgeon working in India performed many major and minor operations using “mesmerism” as it was known then to create analgesia, usually having the assistance of other staff who would spend up to 6 hrs at a time “mesmerising” the patient prior to operation.  His operations included amputation and removal of large tumours with hypnosis being the only method of analgesia a that time.  His patients also recovered more quickly then those that had no hypnotherapeutic intervention, indeed without analgesia the mortality rate was around 50%.  In 1847 Chloroform was used for anaesthesia and as a result hypno surgery took a back seat, but recently has re-emerged as a viable alternative to anaesthesia.

In the UK hypnosis has recently been used for surgery in hospitals and dentists.  Once widely publicised hypo surgery operation (Warning – contains graphic footage of surgery) was shown live on the More 4 TV channel in 2006.  Dr John Butler a physician, hypnotherapist and hypnotherapy trainer assisted in a hernia repair operation which was carried out live on television.  The subject required no other anaesthesia and immediately afterwards visited the studio to be interviewed.  The advantages of using hypno surgery were no after effects of anaesthesia, reduced bleeding during the operation and accelerated healing as the body immediately started the healing process after the operation.  Also shown in the programme was a major dental procedure using hypnosis instead of anaesthesia.  Dr Butler had previously tested his procedures by having his own hernia repaired under self-hypnosis.  In Belgium at the University of Liège they have perform around 5,000 surgical procedures over the last 10 years.

As a clinical hypnotherapist at JustLetGo I see many clients with varying problems and issues for which hypnotherapy can bring rapid and long lasting change.  The conditions vary from lack of confidence, stress and relationship issues to the use of self-hypnosis for chronic ailments such as IBS, ME-CFS and pain relief for Arthritis and other painful symptoms. Many clients find that not only so they overcome their issues but go on to use their new found self-hypnosis skills to enhance other aspects of their life.

Let us know your thoughts on hypno surgery and hypnotherapy.

Have you ever used hypnotherapy or self-hypnosis to help you with your everyday life?  Have you used hypno-analgesia for pain relief, childbirth, or surgery?  We’d love to hear your experiences and thoughts about its therapeutic uses.  Just leave us a comment below!

Alan is a professional clinical hypnotherapist, Reiki master and BWRT practitioner, practising in Amesbury, Wiltshire.  He has been in practice since 2005 and is a member of the APHP and the BWRT professionals governing body.

Back in the room - Umm...did you actually leave

You're Back In The Room - stage hypnosis antics revealed
0 replies 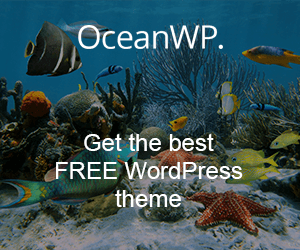